Yang Yuan, an assistant professor at the School of Materials Science and Engineering at Columbia University, has developed a new way to increase the energy density of lithium-ion batteries. His three-layer structure electrode is stable in a bare air environment, resulting in longer battery life and lower manufacturing costs. The study can increase the energy density of lithium batteries by 10-30%. Related papers were published in the journal Nano Letters in early October. 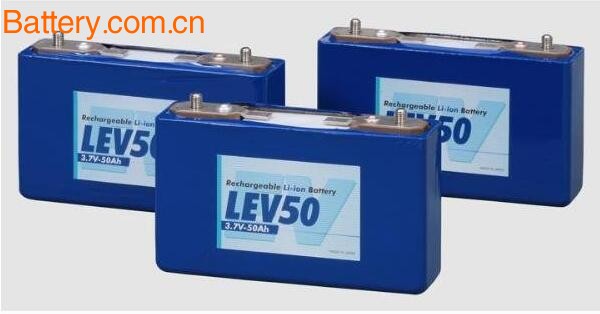 â€œWhen lithium batteries are first charged, they lose up to 5-20% of energy in the first cycle,â€ says Yang Yuan. â€œWith structural improvements, we have been able to avoid this loss. At the same time, our The method has great potential for increasing battery life and is expected to be applied to portable electronic devices and electric vehicles."

During the first charge after being produced, a part of the electrolyte in the lithium battery changes from a liquid state to a solid state due to a reduction reaction, and adheres to the negative electrode of the battery. This process is irreversible and reduces the stored energy of the battery.

Under the existing electrode manufacturing technology, the loss of this process is about 10%, but for the next generation of negative electrode materials with high capacity, such as silicon, the loss will reach 20-30%, which will greatly reduce the battery. Actual available capacity.

To compensate for such initial losses, the conventional approach is to add some lithium-rich material to the electrodes. However, since such materials are mostly unstable in an air environment, they must be manufactured in dry air which is completely free of moisture, thereby greatly increasing the manufacturing cost of the battery.

The three-layer electrode structure developed by Yang Yuan ensures that the electrode can be completely manufactured in a normal air environment.

First, he used a layer of â€œPMMAâ€ (a common plexiglass material) to isolate lithium from air and moisture; then added a layer of active material such as artificial graphite or silicon nanoparticles to the PMMA polymer; He dissolves the PMMA polymer layer in the battery electrolyte to conduct lithium to the electrode material.

Yang Yuan explained: "This way we can avoid the air contact between the unstable lithium and lithiated electrodes. The electrode with this structure can be completed in a normal air environment, and it is easier to mass-produce the battery electrodes."

Production process of three-layer structure electrode: PMMA ensures that lithium does not react with moisture in the air at the initial state. When the PMMA is dissolved by the battery electrolyte, the graphite is contacted with lithium to compensate for the initial loss due to the reduction of the electrolyte. Image source: Columbia University

Yang Yuan's method reduces the loss of the existing graphite electrode from 8% to 0.3%, and reduces the loss of the silicon electrode from 13% to -15%. (The negative number indicates that the capacity of the battery is taught due to the addition of new lithium material. There is an increase). Excess lithium can compensate for the capacity loss in subsequent cycles, thus further enhancing the cycle life of the battery.

The energy density (or capacity) of lithium-ion batteries has maintained an annual growth rate of 5-7% over the past 25 years, and Yang Yuan's research results provide a feasible solution to further increase this growth rate. His team is now working to reduce the thickness of the PMMA coating to reduce its proportion in lithium batteries and to achieve industrial production.

Wang Hailiang, assistant professor of chemistry at Yale University, said: "The design of the three-layer electrode structure is very clever and can produce lithium-containing electrodes in normal air. The initial coulombic efficiency of the electrode has always been a major problem in the lithium-ion battery industry. This simple and effective compensation technology is bound to attract great interest."