In the three or four months of this trip, the price of rare metal cobalt has doubled, but now 60% of the world's production is in the hands of eight people.

The eight individuals are: Chairman of the five companies including the Swiss company PalaInvestment, Mr. Ge Weidong, Chairman of Chaos Investment, Ivan Glasenberg, the current helm, and Chairman of Luoyang Molybdenum Li Chaochun. 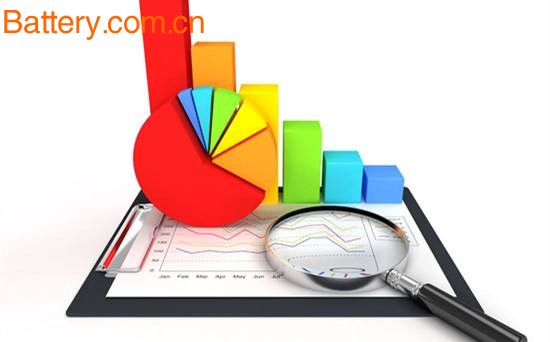 Cobalt is the main raw material for new energy vehicles. With the surge in global new energy vehicle consumption, cobalt consumption has grown geometrically over the past two years. However, this product of cobalt is special and not sensitive to price. No matter how high your price rises, the supply cannot increase rapidly.

According to relevant reports, some surveys have shown that large global fund companies have begun to sweep the world, including six funds including the Swiss investment in PalaInvestment and Ge Weidong's chaotic investment. It is estimated that they have smashed 6,000 tons of cobalt, accounting for about 17% of the world's total output, worth about 280 million US dollars.

As the world's largest commodity production and trading giant, Glencore controls approximately 30% of the global cobalt market. Glasenberg recently said that the demand for cobalt ore will increase in the future. Some analysts said that for every $1 increase in cobalt prices, the company received $55 million in revenue.

It is understood that the main production capacity of the Glencore Cobalt Mine comes from the African Copper and Cobalt Project and two nickel and cobalt projects. Among them, the Mutanda copper-cobalt mine in Congo (Golden) has excellent endowment resources, large reserves, high grade, and is in a period of rising production capacity. In 2015, cobalt production was 16,500 tons. Mutanda, its largest cobalt mine, is in a period of capacity climbing, and its output has risen rapidly. The output in the first quarter of 2016 was 4,900 tons, an increase of 88%.

It is reported that the TenkeFungurume mining area is one of the world's largest copper ore mines with the highest ore taste, with a global market share of approximately 16%.

The share of cobalt mines produced and hoarded by the above eight companies is combined to support more than 60% of the world's cobalt resources, and the future pricing power of cobalt is based on these eight companies and the helm.

As far as the global market is concerned, the current demand for cobalt is still huge. According to data from the commodity consulting firm CRU, the global supply and demand gap for cobalt may be around 900 tons this year. Global demand for cobalt in the new energy vehicle ternary battery will reach 35,600 tons of metal equivalent in 2020, which is 10 times higher than that in 2015. The total cobalt demand will reach 150,000 tons.

In 2015, the global supply of cobalt raw materials was about 110,000 metal tons. Even with the annual growth rate of 7% at the supply end, the gap between supply and demand is still huge.

Another important reason to support the rise in valuation is that cobalt production flexibility is quite limited compared to fast-growing demand. In the past few years, the traditional suppliers of cobalt, Glencore, Eurasian Resources, and Freeport have experienced different levels of production suspension and production reduction. In addition, affected by child labor incidents and excavation conditions, Congo, which accounts for 50% of the global cobalt supply, also shut down artisanal mines, resulting in a reduction in supply of about 10,000 tons.

According to the analysis, the global cobalt mine production rebound rate is limited in 2017-2018, mainly due to the fact that the release of existing major mine capacity is basically over, coupled with the limited production capacity of new mines in the future, and the current â€œreluctance to sellâ€ phenomenon of major cobalt mines will intensify the supply of cobalt mines. bottleneck.