Recently, the Ministry of Industry and Information Technology approved the â€œIndustrial Standard for Zinc Air Battery for Electric Vehiclesâ€, in which the requirements for zinc air batteries, test methods, and other aspects are clearly defined, and the final standard is expected to be officially released in November.

As early as last June, the automotive industry standard â€œZinc Air Battery for Electric Vehiclesâ€ drafted by the Electric Vehicle Sub-Committee has completed the draft. After more than one year of continuous research and improvement of the zinc-air battery standard, the approval of the zinc-air battery in the field of electric vehicles will undoubtedly be announced, and it will enter the final countdown stage. 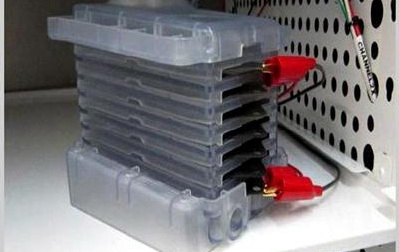 From 2011, Chinaâ€™s first zinc-air electric bus officially went offline, and in 2012, it achieved mass production in Wuhan, and the first industry standard is about to be officially implemented. In just three years, the zinc-air battery has achieved three. Level jump, from the cognitive edge of people to the practical frontier of new energy vehicles.

However, many people are still unfamiliar with the concept of zinc air batteries. The so-called zinc air battery (zinc air battery), also known as zinc-oxygen battery, mainly uses activated carbon to adsorb oxygen or pure oxygen in the air as a positive electrode active material; and zinc as a negative electrode, and ammonium chloride or a caustic alkali solution as an electrolyte. A primary battery.

In fact, the invention of the zinc-air battery has a history of more than 100 years, and was first applied to power supplies such as railway signal lights. Compared with traditional batteries, the biggest feature of zinc air batteries is green. Since the zinc on the negative electrode only reacts with the OH- in the electrolyte and the oxygen in the air during the battery operation, a chemical reaction occurs. Therefore, no substance that will pollute the atmosphere will be generated during the entire discharge process.

Taking the first domestic zinc air electric bus as an example, it is possible to travel about 300 kilometers per charge, with a maximum speed of 80 kilometers per hour. Therefore, people in the industry believe that the zinc-air battery can be called a truly recyclable, clean and pollution-free chemical power source.

Why is such a green, efficient, safe, and low-priced zinc-air battery unseen in the market?

It stands to reason that zinc-air batteries that had appeared more than 100 years ago, even if the technology was not up to the standard at the time, but as long as research and development can be continued, they should not be lead-acid batteries, nickel-chromium batteries, or current lithium batteries. Replaced by. The reason why lithium batteries dominate the world today, zinc air batteries do have their own flaws. This fatal defect is that it cannot be charged, that is, zinc-air batteries are disposable batteries. Although some companies have developed rechargeable zinc batteries, the number of charge and discharge cycles is extremely limited. Compared with other batteries, they obviously cannot meet market demand.

Many industry experts say that the zinc-air batteries that people are referring to are not really rechargeable batteries. They need to replace materials (zinc) regularly to maintain operation. Just as conventional fuel vehicles need refueling, once raw zinc cannot be provided, continuous work cannot be achieved, and energy storage and discharge will not be able to be discussed.

In addition to air and metal zinc, zinc-air batteries also require other trace elements to participate in chemical reactions, and the price of these trace elements is not low. Therefore, although the price of raw materials is saved, the cost-effectiveness of zinc-air batteries is not as high as expected from the overall output of the battery packs.

Although in many types of metal-air batteries, only zinc-air batteries are practical, the bottlenecks in power technology have always restricted their practical application, and specific power is one of them. In fact, "specific power" is used to measure the momentary power of a car. It is reported that the specific power of zinc air batteries is very low, the maximum speed can only reach 80 kilometers, and even the acceleration and climbing and other actions are more difficult, not to mention on the scale of the car. This is the reason why people have only seen zinc air batteries in small devices such as hearing aids for a long time.

So, isn't the zinc-air battery going to be of great use even if it is put into production on a large scale?

Although the main power source for new energy vehicles (600405) is still controlled by lithium batteries, the disadvantages of poor battery life and long charging time have always been the focus of consumers. The new energy vehicle will be charged for a dozen or even more than twenty hours. After it is fully charged, it will not run long enough to satisfy the car users.

Lithium battery defects, just can be made up of zinc-air batteries. It is reported that there are related departments in research and development, the vehicle can be flexible to adopt different battery combinations to deal with according to the actual road conditions and speed. Zinc-air batteries are used when the vehicle is traveling at a speed of 30 to 40 kilometers per hour on a road with good road conditions; when it hits a road on a hill, it is switched to a lithium battery to provide power.

There is no doubt that under the influence of the government's new round of preferential policies for new energy vehicles, the popularization of new energy vehicles is only a matter of time. The battery industry, which is closely related to its application, will also accelerate its development accordingly. Tesla, represented by lithium batteries, has begun preparations for power supply development using graphene as its material. Zinc-air batteries, which are now on the right track, will also become a reality in the near future, from the breakthrough of technological bottlenecks to large-scale applications.